PHYSICAL DATA
P.P.E.: 2
H.P.: 24
S.D.C.: 38
Age: bloody old mate
Sex: Female
Height: 5' 1"
Weight: 150 lbs.
Description: Nanna Jo is a tough-as-nails elderly woman with weather-worn features and a surprisingly strong handshake. Those hands are cracked and calloused by long days of dedication to a job that requires a work ethic second to none. Her long grey-white hair is tied held back with an embroidered pink headscarf. 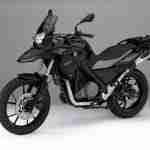 
Chrome-handled 'karri' hardwood walking stick
Twice as thick as a regular walking stick, this walking stick is custom made of Australian Karri Hardwood. This "heavy hitter" handy suits Nanna Jo just fine. She doesn't really need it to walk, but an old lady can never be too careful with rough sorts walking the streets.
Damage: 2d4

Mini drone quadcopter with camera
Foldable mini drone with 800m range and 45 minute flight time.
Comes with two batteries and carrying case.
Size: small
Max Altitude: 1,200 ft
Method of Movement and Speed:
Helicopter-Style Flyer: Spinning blades atop a rotor. Blades on a small drone (10 S.D.C.).
Speed: 20 mph (32 km; maximum)
Power Source: Rechargable electric battery that uses a wall outlet or USB port:
The drone can run for 45 continuous minutes before needing a recharge.
Full recharge takes 1D4 hours plugged into either a 3-prong or USB outlet. Includes battery (12 S.D.C.) and cable (5 S.D.C.). Engine runs quiet.
Controls: Radio Controlled:
The drone is a wireless, remote operated device piloted from a console or handheld controller.
Range: 800m; half in foul, stormy weather.
Sensors/Optics:
Video Camera with Audio System: The drone and its operator “sees” and hears via a video-camera system with at least basic zoom features equal to a cellphone. Video streams to the operator live and can be recorded whenever he wants or automatically recorded and saved (4 hours of memory in the drone itself).
Onboard Computer: The drone has an onboard computer and programs that can help it travel on course,
A computerized drone offers a +10% piloting bonus because it self-corrects its speed, trajectory and movement, and is +1 to dodge. Return to launch point and follow/track.
Armor: None
Weapons: None
Cargo and Carrying Capability: None

AMA Ride Guide to America Volume 1 and 2
"From the corkscrew roads of California to the scenic mountain notches of New England, the AMA Ride Guide to America from the American Motorcyclist Association reveals more enticing backroads for motorcyclists everywhere to dream about. With topographic road maps and point-to-point route outlines for more than 40 trips nationwide, riders can explore rocky shorelines, breathtaking canyonlands, majestic mountain peaks, and everything in between.

Each trip description is detailed with attractions along the way and recommendations for interesting places to stay and eat."


Off Road First Aid Kit
Manufactured by First Aid Kits Australia for use in traveling across the Outback. This pack includes a snake bite kit, painkillers, disinfectant, first aid booklet and various tapes and wound dressings.

Where were you born & what follows from that?
Well love, it's a long story. I was born on a 4,500 acre cattle and sheep farm in Cooma, Australia. That's high up on the Monaro plateau that runs off the flank of Mount Kosciuszko. It was totally lacking in all of the amenities one takes for granted in 'civilisation'. As a little girl there was no electricity; no running water; no sanitation. By the time I was 5 I was riding a dirt bike around the property. At 6, I could drive the tractors and the truck. By 7 I was working a full day in the paddocks and driving the biggest tractor Dad had.

You see dear, we didn't have Nintendo games or televisions. Our fun time was outdoors with the animals, fresh air and wonderful views. Most afternoons, once I helped Mum wash the dishes and finished my homework, I was outside on the bike. I loved riding along the dirt tracks up the hills. Life was pretty good, and by the time I grew up we had some modern conveniences in the home too. When I grew up, I married and had three boys of my own.

In the 80's we were going through what is politely known as a 'sticky patch'. By 1982 the entire farm was like a dust bowl. There were grasshopper plagues. We sank deeper into debt buying food for our sheep. Before the end my husband Mal broke and shot himself out in a paddock, leaving me to raise the boys. Lucky I still had Mum and Dad. We were battlers and weren't about to call it quits. The drought broke before it broke us, and though after that there were bushfires and floods, we made it through in the end.

The boys grew up and learned the business and then some. You know they play about using drones to herd sheep? They even have me playing with the things! I’m rubbish at it, but I have a crack whenever I get a chance. The boys also set up solar panels all over the shop, it's a changing world you know. All up over the years we made some tough choices and it all came good dearie.


Who are/were your parents & what follows from that?
My Mum and Dad were fourth generation farmers who worked hard and taught me everything I needed to know. My Dad was good with a harmonica and I can still hear it sometimes when I'm off to sleep. He didn't know many tunes and I never did hear him play with anyone else. Mum worked as hard as he did out in the paddocks, plus she made the best cookies in the world. Mum also told me that her grandfather was hung for bushrangering, and half our cows back then were stolen from other properties. I suppose it means I’ve got outlaw blood.

Now I tell you; the worst thing for a farmer is the city pollies. Last twenty years or so they've been setting rules on what trees we can cut down, or how much water we can take from the river, absolutely everything. My Dad was very old and going a bit senile when he finally snapped. We were in a legal dispute with the Department of Ag, that's Agriculture love, with their vegetation laws. Some blokes from the Department came to the farm in a van and Dad shot one of them dead. He's in gaol now and got done for 37 years. At his age that’s a life sentence.


Are your parents still alive & what follows from that?
Mum died from a heart attack within a year of Dad's sentence being handed down. Dad is still in gaol, though we talk to him as often as we can. Actually Dad's made new friends in gaol, and the boys are growing special new crops just for them. The Department of Ag wouldn't like it of course, so we don't tell them a thing. We grow it all in a secret place just for them, harvest and some lovely big lads come in a truck to collect every growing season.

Those collection boys get on great with my boys. You know they're good with motorbikes and tell me they are part of a motorcycle gang called the Grim Riders? Well at first they didn't believe me that I was riding since I was 5 and still do at my age. So naturally I got my bike from the shed and really tore up the back paddock to show them how wrong they were. Then I smashed one of those lads in a little arm-wrestle contest. Well those Grim Rider boys were pretty wrapped about that, and now they come visit for cookies and tea every month.

The Grim Riders pay more for their funny smelling plants than we ever got growing vegetables. Enough to pay for a court appeal to Dad's gaol sentence, and I love those Grim Rider boys for that. They even got me my own Grim Rider jacket and invited me to Sydney to visit. Which I did.

So all in all it's just me and the boys now, and our Grim Rider bikie visitors. But soon I hope Dad will come back home.


What were you doing when the Wave hit & what follows from that?
Well I mentioned we have a lot of sheep didn't I love? Well we have a lot of traditional Meniro sheep whose wool is highly sought after by a luxury menswear manufacturer in New Orleans. Those Grim Rider boys put us in touch with them and helped set everything up.

So when the Wave hit I was in New Orleans on my first trip overseas. I signed a contract for our wool with the menswear company officials and then embarked on a self-guided motorcycle tour with a bike I rented from the Eaglerider rental company.


Why did you leave home & what follows from that?
I never left home possum, haven't you been paying attention? You must be one of those gamer boys. Brains all turned wonky.


What did you leave behind & what follows from that?
My boys are on the farm in Cooma, and I'm not at all sure how I could get back to them over the ocean. They'll be right though, we Camerons have always adapted to whatever the world chucks at us. If things are bad over there I would think the boys and the Grim Riders would get all their friends out of gaol and home where they're needed.


What do you want & what follows from that?
Well dearie I'd certainly want to get back home, but we rarely get what we want. I'd like to find some nice safe land and grow food with some sensible people.


Outlook on Earth's Future?
Life is full of storms love. You adapt or you die, that's all there is to it. She’ll be right in the end, you’ll see.

Nanna Jo
"There is more honor in a field well plowed than in a field steeped in blood."

Return to “In the Face of Death”